Our commitment to inclusivity
Diversity and inclusivity are necessary partners. Without inclusivity, the benefits of diversity — an increase in understanding, improvement in performance, enhanced innovation, and heightened levels of satisfaction — will not be realized. We commit to investments in both, to create a community in which difference is valued, where each individual’s identity and contributions are treated with respect, and where differences lead to a strengthened identity for all. See Dartmouth College Inclusive Excellence Action Plan and Arts and Sciences Inclusive Excellence Reports.
What’s happening in Math

Read the department’s statement in response to the killings of Breonna Taylor, Ahmaud Arbery, and George Floyd.

The Major in Mathematics

The Major in Mathematical Data Science

In July SIAM News highlighted research by second-year graduate student Alina Glaubitz (joint with Professor Feng Fu) and her work on the oscillatory dynamics of social distancing. In her presentation, delivered virtually at the 2021 SIAM Annual Meeting, Alina described how she and Professor Fu incorporated an evolutionary game theory model into the epidemiological process, revealing the presence of a feedback loop between infections and social distancing. This feedback loop, an “oscillatory tragedy of the commons,” can lead to multiple waves of infection in emerging novel zoonotic diseases, such as COVID-19, which are caused by respiratory viruses and are highly contagious through proximity transmissions. 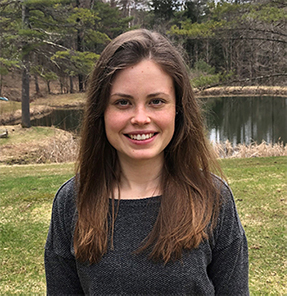 Professor Carl Pomerance was an invited speaker to a recent conference of the Northeastern Section of the MAA. His talk, ‘Is 73 the best number?’, was connected to his paper Proof of the Sheldon Conjecture (co-authored with Chris Spicer), which proved a mathematical concept inspired by an episode in the CBS series The Big Bang Theory. As stated in his talk’s abstract, “According to Sheldon Cooper, the often annoying lead character in the TV sitcom The Big Bang Theory, 73 is the best number. And he's eager to tell you why. But is it really? In joint work with Chris Spicer (Morningside College in Iowa), we show Sheldon just may be right.” Sheldon photo credit: Michael Yarish/©2019 Warner Bros. Entertainment Inc. 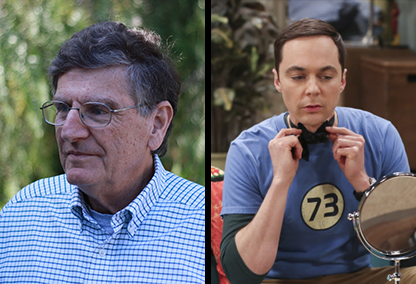 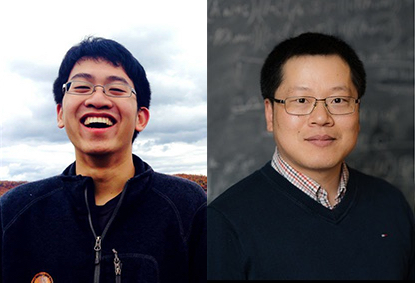 Journal of Combinatorial Theory Series A