Collaborating on problems in enumerative and algebraic combinatorics 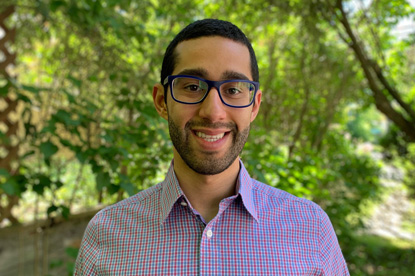 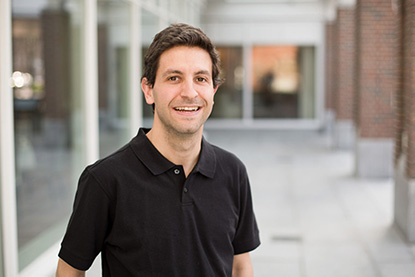 The collaboration of fifth-year graduate student Juan S. Auli and Professor Sergi Elizalde on inversion sequences in combinatorics has led to two recent papers: Consecutive Patterns in Inversion Sequences in Discrete Mathematics & Theoretical Computer Science and Consecutive Patterns in Inversion Sequences II: Avoiding Patterns of Relations in Journal of Integer Sequences were both published this year.

Juan received his Bachelor’s degree in Mathematics from Universidad de los Andes in Colombia. Currently at Dartmouth he conducts research in enumerative and algebraic combinatorics under the guidance of Professor Elizalde, focusing on pattern avoidance in inversion sequences. This year Juan received the Kenneth P. Bogart Teaching Award from the Mathematics Department and was also recognized by DCAL during Grad Student Appreciation Week as Outstanding Graduate Student Teacher for Math 20, Probability.

How did their recently published joint work come about? “We began studying consecutive patterns in inversion sequences motivated by recent results and open questions about classical patterns. Initially, we were driven by the potential this had to inform the study of permutation patterns, but we’ve been pleasantly surprised to discover that there are connections not only to permutation patterns but also to many other well-known combinatorial structures,” explains Juan.

Both Juan and Professor Elizalde participated in international mathematics conferences hosted by the Dartmouth Math Department in the summer of 2018. At the International Conference on Permutation Patterns in July 2018, Juan gave a talk on some of their joint work which led to the publications of the two papers on inversion sequences. Also in July 2018, Professor Elizalde chaired the organizing committee for FPSAC 2018, the 30th international conference on Formal Power Series and Algebraic Combinatorics, which drew over 230 participants from 25 different countries to Hanover for a week full of lectures, two poster sessions, a local excursion, and a lobster banquet. “I have been going to FPSAC for the last 15 years, because you learn so much. Each talk is eye opening. If you are working in the area, you learn about the most recent developments and get ideas and motivation for your own research,” Professor Elizalde says of the annual conference. 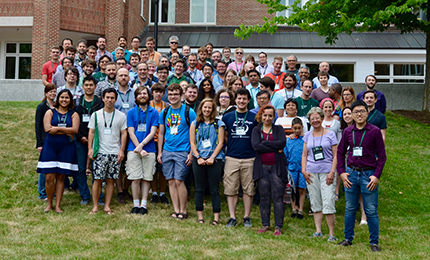 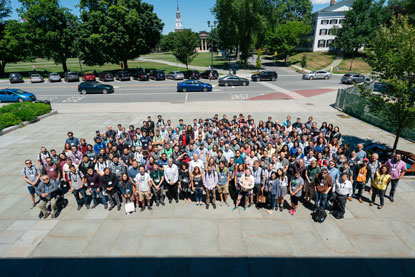 Group photos of Permutation Patterns 2018 and FPSAC 2018, two international mathematics conferences hosted by Dartmouth in the summer of 2018. Click for larger images.