We are now accepting applications for the 2022 Byrne Prize. Graduating math majors planning to go to graduate school are eligible.

The John J. Byrne Jr. Prize in Mathematics is a \$35,000 fellowship that recognizes the top Dartmouth graduating mathematics major interested in continuing mathematics at the graduate level. It is expected to cover tuition for the first year of graduate studies in mathematics or a related field. The prize was established in 2019 and it is awarded every year.

If you would like to be considered for this prize, please fill out the application (requires login under your Dartmouth Google account) and ask a faculty member to submit a nomination letter on your behalf to sergi.elizalde@dartmouth.edu, explaining why you are a suitable candidate for this award. All materials should be received by November 10, 2021. 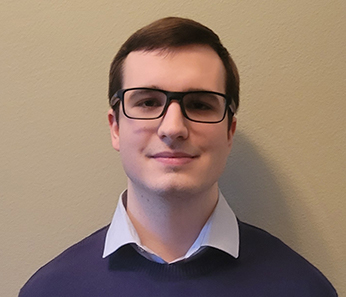 I entered Dartmouth very unsure about what my major would ultimately be. While I always had a sense that I enjoyed math, I initially thought of it as a tentative major as I explored several subjects in my first year of college. As I took more courses, I started to gain a better understanding of what mathematics is. In particular, math demonstrates the power of abstraction, and learning how the theory can strip away all but the most essential features of a problem left a strong impression on me. I would say that the algebra track at Dartmouth made a particularly strong impact on my future research interests. Beyond coursework, I worked on a team of two other students at the Ursinus College REU on a project in representation theory, specifically concerning representations of a particular affine Lie algebra. At Dartmouth, I studied specializations of Belyi maps with Professor Voight, and some aspects of the project are evolving toward a senior thesis. I hope to begin a PhD program in math in the Fall of 2022 and explore more topics in algebra and number theory. I have received excellent mentorship and support from the math department at Dartmouth, and I am excited to continue this journey in mathematics.

My hometown is Poplarville, Mississippi, where I attended Poplarville High School. Outside of math, I enjoy competitive chess, and I am president of the Dartmouth Chess Club.
— Zachary Couvillion ’22

When I came to Dartmouth, I didn’t know that I wanted to do math for a living. Math was one of many interests I had when I started at Dartmouth. I quickly realized, however, that I could not go a term without taking a math class. With each math class I took, I became more convinced that I wanted to pursue math as a career. I ended up taking on a research project in number theory that evolved into my senior thesis project. I also worked on a project in knot theory related to questions about causality in general relativity. These research opportunities convinced me that going to graduate school would be the best way to start a career as a mathematician. Next year, I will be starting in a PhD program at the UCLA Department of Mathematics. I intend on studying more algebraic number theory and possibly some algebraic geometry. I’m very excited to continue this mathematical journey, and I couldn’t have done it without the support of Dartmouth’s Math Department, especially my thesis advisor, Professor John Voight.

I’m originally from Los Gatos, California. Outside of math at Dartmouth, I’ve been involved with Dartmouth’s Club Taekwondo team and Dartmouth Orientation Team. I will miss Dartmouth a lot, but hopefully I’ll be able to visit soon!
— Jacob Swenberg ’21

I lived in Laramie, Wyoming from the time I was born until I left to come to Dartmouth for college. I first started to really enjoy math in high school. I had a great teacher for three years who worked hard to show us all how interesting math could be. I was tentatively interested in the math major at the start of my freshman year here, and more broadly interested in many subjects. After a few math classes, I was convinced to dive into the major. Since then I've been taking many math classes, focusing on the pure math side of things. I've also been able to tutor, grade, and act as a teaching assistant. I started my first experience with math research my junior fall, researching Euclidean triangle groups with Professor John Voight. The research blossomed nicely, and we've continued to work on it together for the past two years. We are now almost finished with the project, "Belyi Maps and the Euclidean Triangle Groups", which I will soon present as my senior honors thesis. It has been a truly engaging and interesting project for me. It has tied together material from almost all my math classes at Dartmouth, giving me a good sense of broad connections as well as a deep particular knowledge of this subject. We approach the topic from many angles, from simple geometric, visual reasoning to more abstract group and field theory. The project also has a computational component, and I've been able to get some experience coding and using computer algebra systems.

Outside of the classroom, I like to get out into the outdoors. I was captain of the club Nordic ski team at Dartmouth for three years, and a leader in the Outing Club. I also spent two summers working here in New Hampshire performing trail construction and maintenance on Dartmouth's network of trails between Hanover and Mount Moosilauke. After graduation, I plan to take a gap year, then to continue studying math in graduate school. I will have to do some work between now and then to decide where I'll go and what area in particular I will focus on, but I'm looking forward to the opportunity to keep engaging with math.
— Matt Radosevich ’20

In addition to receiving the Byrne Prize, Shikhin also received the Francis L. Town Scientific Prize for his achievement in Mathematics while at Dartmouth. During his time as an undergraduate, Shikhin worked with Professor Peter Doyle on projects involving topology, algorithms, and probability.

Shikhin is currently a graduate student in the Department of Mathematics at Princeton University with continuing interests in low-dimensional topology and geometry, and some combinatorics.